On Tuesday, May 19, 2009 I arrived back in Kingston, TN. the site of the ash spill on December 22, 2008. It has been five months since I was here and I wanted to visit the individuals and families I had met in January 2009 and see how the situation had progressed. Two weeks ago on May 5 heavy rainfall caused large amounts of the ash in the Emory River to move further down river. On Monday the local papers reported ash was found in the intake of the water processing plant for the city of Kingston. When I arrived the ash had settled a bit since the rain storm, but crews are working along the river down stream from the main spill area daily and river booms fill with ash. 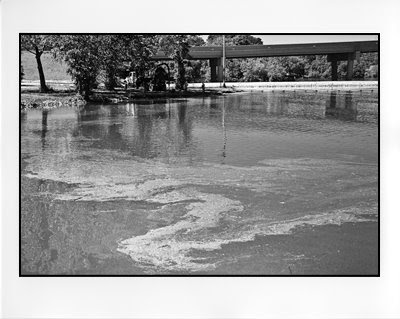 "A study by an Appalachian environmental group and Appalachian State University is showing high levels of toxic chemicals in the fly ash released by the massive spill at the TVA Kingston Fossil Plant.

Appalachian Voices released the study Monday. Samples of ash, water, sediments, and fish tissue collected near the site, 18 days after the December 22 spill, showed cause for concern.

They found particular concern in the Emory River at mile 2.2, where ash clogs the river. There, they found that arsenic levels in the river were 260 times the allowable amount in drinking water, and lead was 16 times the drinking water standard.

They also found that selenium levels in fish were at and beyond the threshold of toxicity for reproduction and growth.

The scientists concluded the most dire impact was taking place in the immediate area around the spill, but the levels of toxic elements in downstream sediments was also a cause for concern. They called for additional monitoring of fish in the Emory for years to come." 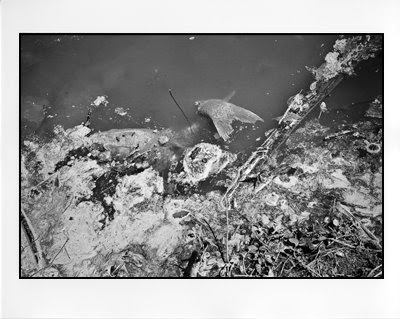 Caught in debris and fly ash the tail of a dead fish emerges.

This is a difficult story to tell, and even harder to find a starting place on this trip. I have met and spoken with all of the individuals again whom I met in January. A few short updates for now.

Rick Cantrell and I re-visited the area where he had spent time with his family and "many hours on the dock fishing". Other than the plastic safety fence, the slough remains filled with fly ash. 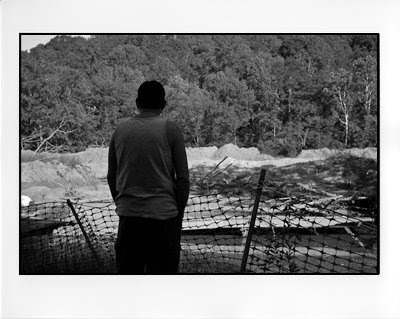 Rick Cantrell looks at the dock where he once was able to fish. The slough remains filled with ash.

I visited with Penny Dodson and Evyn Davis her grandson. The last time I had seen them they were at the local Holiday Inn awaiting word from TVA on relocation housing. A rental house was provided, but Penny was notified by letter this week that in July, she had to vacate the house and the rental furniture, including Evyn's crib, would be picked up by the rental company. Originally, she had been promised a year by TVA. 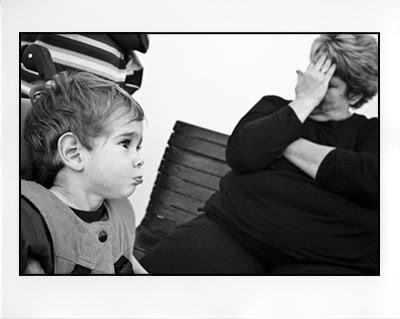 Penny Dodson and her grandson Evyn after hearing their housing agreement with TVA will end in July.

I have been here five days, but it seems like weeks with all the incredible people I have had the opportunity to spend time with. Back on the road again on Sunday. Stay tuned...I will be working on a full story update with many concerned voices.

be strong, be safe,