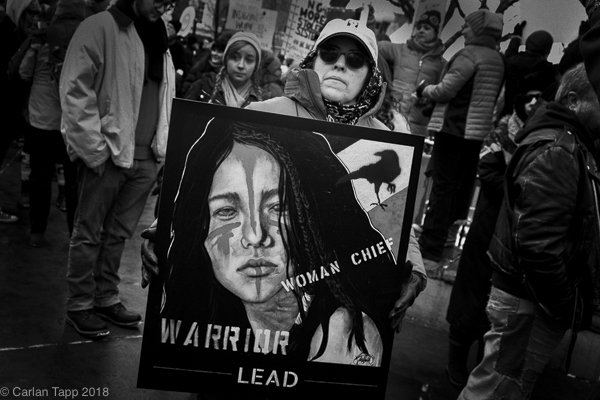 Thousands of women (and men) converged on the Santa Fe, NM Plaza on Sunday for the second annual Women’s March, a local demonstration of support in what has become one of the largest single-day political protests for human rights in American history. 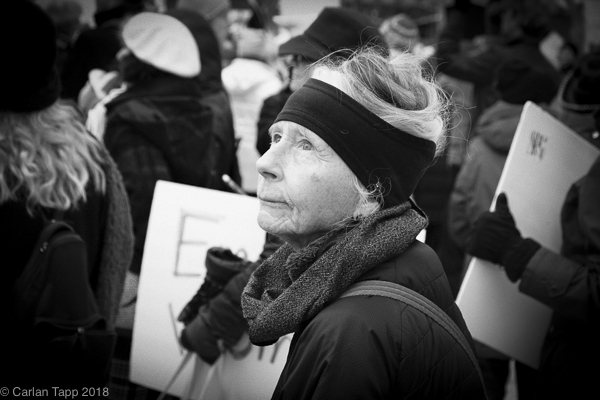 Traffic police and march organizers estimated between 4,000 and 5,000 people made the five-block trek to the Plaza. 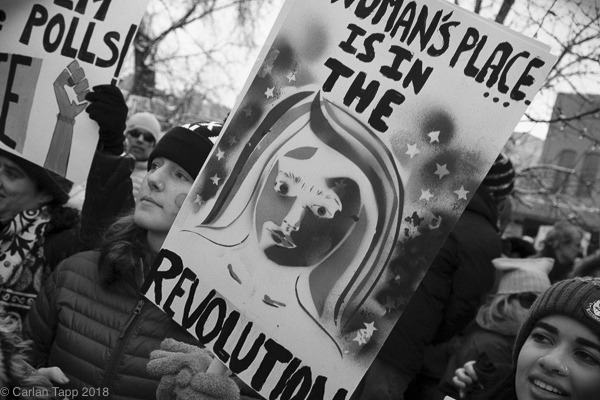 It was an event for all ages.  Women united were marching for equal rights, reproductive rights, the struggles of DACA Dreamers facing deportation, the increasing issues of racism in the nation, corruption, and fear of nuclear war. 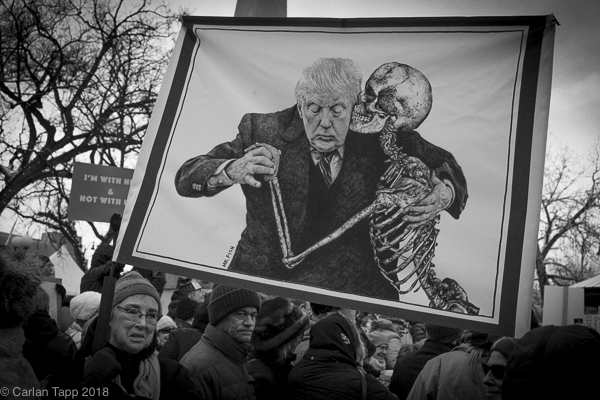 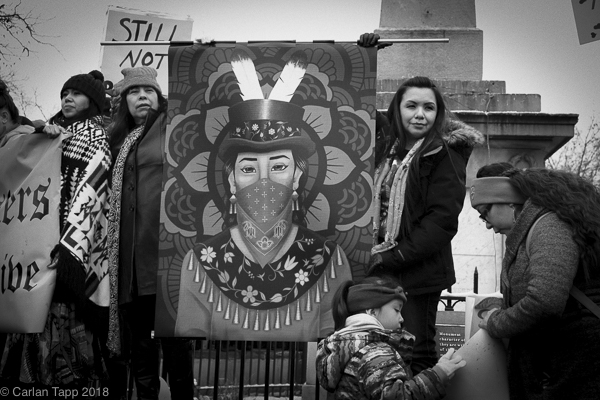 Women Warriors stood tall and proud.  The crowd cheered accompanied by the beating of drums. 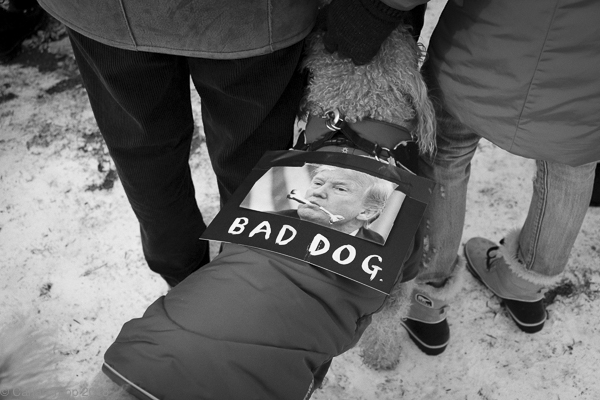 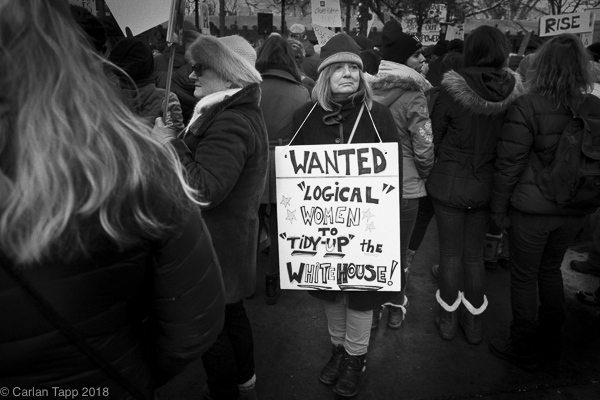 It was a good day to be in the streets with Women Warriors.

be strong, be safe, Carlan
Posted by Carlan at 1:24 PM No comments: 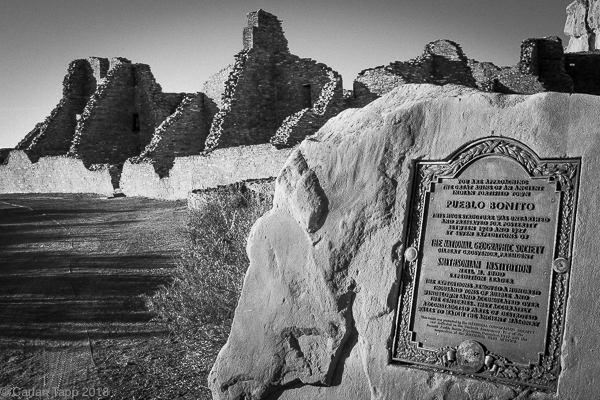 Chaco Canyon, located in northwestern New Mexico, is arguably the most significant ancient cultural site in the United States.  Between AD 900 and 1150, Chaco Canyon was a major center of culture for the Ancient Pueblo Peoples.  The canyon contains the remnants of great houses, kivas, ancient roads, gridded gardens, irrigation systems and sacred places built by an indigenous people who were proficient in architecture, agriculture, the arts and astronomy. 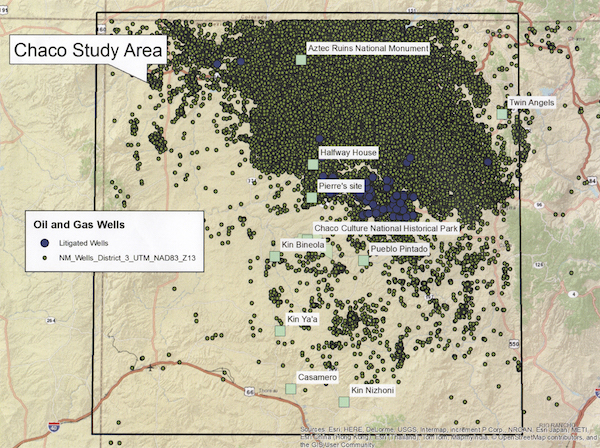 Gas and oil development on and near Navajo communities in the Greater Chaco Landscape of the Southwest is growing at an exponential rate.  Each green circle represents an existing well pad.  New gas and oil leases in the area surround Navajo community members and Chaco Canyon Cultural National Historical Park.  The BLM is opening up over 300 new leases in March 2018.  Click here to see a larger map.  Question of Power is working  to develop media and the resources necessary to create a visual voice for Navajo community members living within the gas and oil development area, the Greater Chaco Landscape, and the Chaco Cultural National Historical Park.  Click here to learn how you can help provide support for this important work.

"Danrte once said that the hottest places in hell are reserved for those who in time of moral crisis maintain their neutrality...And it's not sufficient just being against, just saying, 'Well, I don't think I like the way things are going.'  We have a responsibility to offer an alternative."
Bobby Kennedy 1964

Posted by Carlan at 3:45 PM No comments:

Ridin' into the New Year

Closing the book on 2017.  Starting a new one for 2018.  For many of us 2017 just flat out seemed to be one of those years.  Maybe one of those years we are ready to close the book on.  Lost a very special friend in 2017.  That's Kevin in the photograph.  Always a smile on his face.  Always a special friend.  Met him over 30 years ago.  He was just 19 when he knocked on my studio door lookin' for a job.  He kept knockin'.  Every month for almost a year.  Then one day we started working together.  Solid, strong, dependable, honest.  Years went by.  We rode many miles together on two wheels.  Made thousands of photographs in the studio.  Never forget the first day in the studio together.  He came in all dressed up wearing a brand new sweatshirt.  On the front in very large print "Crotch Rocket".  We had to tame that down a bit, it all worked out.  In 2011 Kevin rode across Route 66 with me during our Question of Power fund raiser.

Going to miss you Kevin.  Miss you a lot.  Can feel your spirit with the thump of the motor and sound of two wheels on the road.  Can see the sun on your back and the smile on your face.  Ride on brother.

be strong, be safe, Carlan
Posted by Carlan at 2:13 PM No comments: