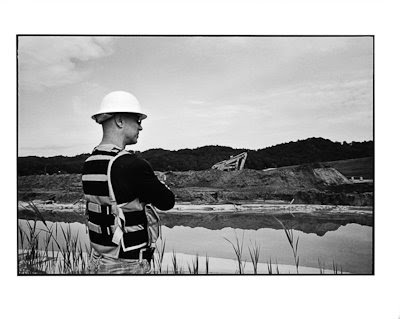 Leo Francendese, On-Scene EPA Emergency Response Coordinator, views task ahead of removing over three million cubic yards of fly ash from Emory River at Kingston, TN. TVA plant.
BIRMINGHAM, Ala. -- "The nation's largest utility can dump millions of tons of coal ash from a Tennessee spill into an Alabama landfill, federal regulators said, despite criticism that the plan is unfair to one of Alabama's poorest counties.

The Environmental Protection Agency said it would let the Tennessee Valley Authority ship dredged material about 300 miles from the site of a huge retention pond failure in eastern Tennessee to the Arrowhead Landfill in central Alabama's Perry County.

EPA said the commercial landfill that most often receives household garbage is well-suited for accepting the ash, which contains toxic materials including arsenic and lead.

TVA said the shipments, which will go by rail, would begin immediately.

A rail line runs from Tennessee through northeast Alabama to Arrowhead Landfill near Uniontown. Operators say it's one of the nation's largest commercial landfills.

Perry County will make millions of dollars off the shipments from dumping fees, and TVA has said as many as 50 jobs could be created to handle the shipments at the landfill, which now has five full-time employees.

Uniontown has about 1,600 residents, 88 percent of whom are black. U.S. Census statistics show 31 percent of families live in poverty.

"We still feel that there are elements that seem like an injustice to the people of Perry County," said Michael Churchman, executive director of the Alabama Environmental Council. "The benefits of the new jobs and increased income to families in that county is not as significant as it's being portrayed to be."

"The landfill is permitted to accept waste materials such as coal ash and has the capacity to accommodate the anticipated volume of material," EPA said in a statement.

About 5.4 million cubic yards of coal ash was released in all, but TVA hasn't said what it plans to do with the rest. The utility said it was looking for sites other than the Perry County landfill, which typically accepts household garbage.

The Tennessee Department of Environment and Conservation has given TVA permission to conduct coal ash disposal tests at four landfills in East Tennessee, but a TVA spokesmen said the agency has no current plans to do so.

TVA's disposal plan said it would initially send 85 loaded railcars every two days to Alabama, and shipments of the same size would become daily within weeks. The disposal could take a year." Associated Press, Jay Reeves. 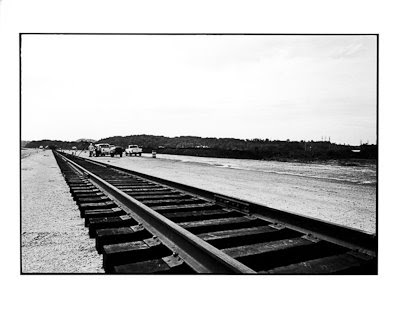 New rail construction at TVA, Kingston, TN to transport over three million cubic yards of fly ash which will be dredged from the Emory River and shipped by rail car for disposal in Alabama.