The online photo magazine Fraction March Issue 6 has a feature on New Mexico photographers this month. It is an honor to be included with the group. Here is a link to the current issue: Fraction.

For the past five years much of my work has focused around the social cost of producing energy in the USA. I continue to work in the Four Corners area of the Southwest on the Navajo Nation striving to photograph the true "cost" of using coal for the production of electricity. An on going project, Question of Power, shows the human condition as we mine, burn, and dispose of combustion waste using coal in the creation of electricity.

One part of the process which has received little notice is the combustion waste. In the burning of coal for the generating of electricity this is called "fly ash". To date, fly ash is "unclassified" by the EPA and Federal Government. Current legislation may change that this year. If you do a little research you will quickly discover fly ash contains most of the toxic heavy metals which are left after the coal is burned. There are over 300 locations in the USA where this toxic material is simply placed in an outside pile.

On December 22, 2008 shortly before the Holidays, I caught a brief news flash regarding a "spill" of fly ash in Kingston, TN. at the TVA (Tennessee Valley Authority) coal burning electric generating plant. (My understanding is: the Kingston TVA Plant is the largest coal burning electric generating facility in the USA. The fly ash has been stored in an outside pond next to the river since 1954) With a little digging I found information stating 5.3 million cubic yards of "fly ash" had spilled into the Emory, Clinch, and Tennessee Rivers at Kingston, TN.. I thought it strange how it was down played in the news. Knowing fly ash is a highly toxic material this had the potential of being a major disaster.

A single look at my wife Nancy, she quickly said, "you need to go". I drove to Kingston and spent eight days working there. I interviewed residents and photographed as much as possible. To be honest, TVA made it difficult to actually "photograph" the magnitude of the situation. The residents of the Swan Pond area I had the opportunity to meet openly shared their stories and concerns with me. 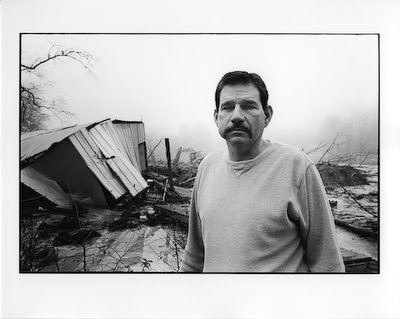 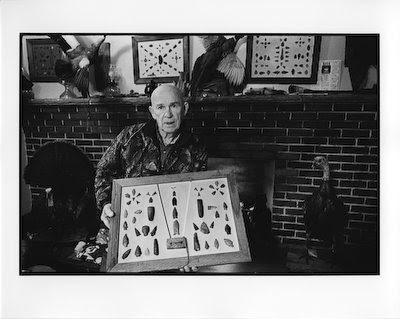 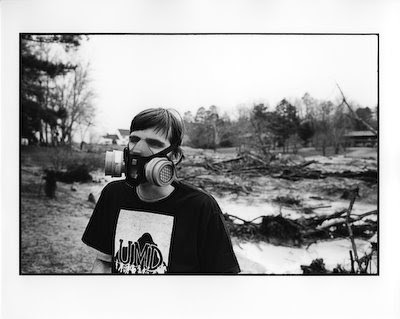 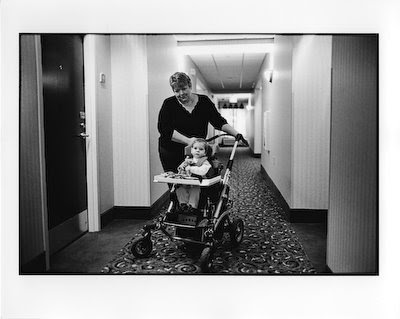 Penny Dodson
To see and hear their stories on how their lives changed on December 22, 2008 view Clean Coal TVA Ash Spill. To learn more about the current situation go to United Mountain Defense. I plan to return to Kingston in the next few months and will give you an update.

Posted by Carlan at 9:00 AM No comments:

Some individuals feel a photographer has to travel around the world from their home to find and share meaningful photo essays. I have always felt quite the opposite. The history being written today and the current state of the country helps to strengthen my feelings. Incredible photographic work has been done during some of the most difficult times in our country. The 30's FSA photographic work stands as one of the most important photographic documents ever created to date.

So...is this a difficult and trying time...or one of great opportunity? I believe it is a time of great opportunity to document and share "America with Americans". I will be working on doing this on the blog and sharing my observations through my photographs with you. Observations from where I live to places my journeys may carry me. It is my thought to share the current "human condition" of our country with photographs and reports from the field. Please join me. List yourself with this blog and I will work to share a "Portrait USA" as I see it through my camera with you.

be strong, be safe,