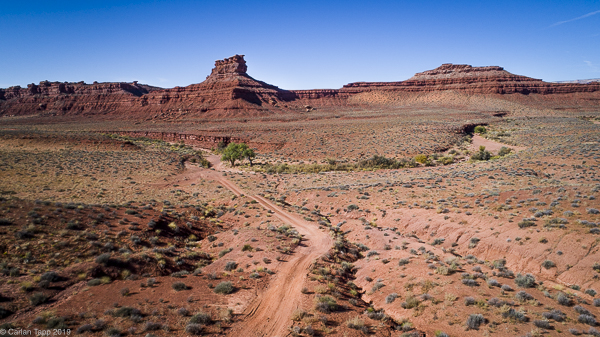 Since the beginning of 2018 the BLM has leased 112,000 acres of Public Lands in Southeast Utah. This is all part of the Greater Chaco Landscape.  In many cases as little as 2% of the recently leased land has been surveyed for cultural and sacred sites. There are 1700 known sacred sites in three recent lease sales.  The Trump administration immediately targeted this region for development by reducing the size of Bears Ears National Monument by nearly 85% and leaving that previously protected landscape open to mineral, oil and gas development.

Last week I spent time in part of the Bears Ears previously protected landscape, an area called Valley of the Gods. Standing under a brilliant blue sky surrounded by red sandstone mesas, buttes, and towers, all remnants of an ancient landscape, it was a time and place to renew my soul.  Difficult to imagine the long term effects of opening up this and the surrounding landscape for oil and gas industrialization now that protection for the areas has been removed.


Follow this link to experience the beauty of Valley of the Gods.

be strong, be safe, Carlan
Posted by Carlan at 3:04 PM No comments: