I feel honored that my work takes me across a country I feel passionate about. One day as I rolled along I-40 somewhere out in Texas listening to the hum of my tires on the highway a thought came to me straight and clear. Historic Route 66 crosses many of the states where I am working on stories for Question of Power. I've always enjoyed riding motorcycles and what better way to raise funding for my non-profit than to ride an American made motorcycle on America’s Mother Road across America from Chicago, IL. to Santa Monica, CA. 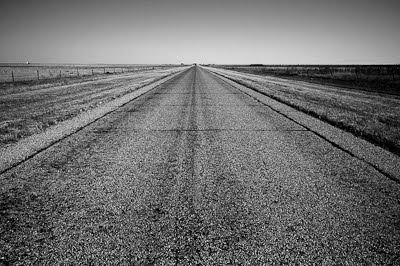 Thinking back, I consider myself very fortunate growing up with a father who loved road trips. When summer arrived my father would load up the Pontiac Chief with suitcases and coolers. He'd fill the canvas water bag and hang it over the front bumper, check tire pressures, log in the gas mileage, double check the maps, and make sure my sister and I were settled in the large back seat. With my mother in front he would turn the key and we were once again off on a family road trip on Route 66 from California to Missouri. And what a time it always was. My father made sure it was a trip filled with adventure, seeing the natural and man made wonders of America, with a bit of important education thrown in. No nightly reservations made in advance. When the sun began to sink into the horizon we would pull into the closest town and "scout" a motel. A special treat if there was a swimming pool. It was the true American road trip.

In 1926 the Federal highway system was launched. Numbers ending in zero were reserved for major coast-to-coast routes. The highway between Chicago and Santa Monica, considered to be of lesser importance, was designated U.S. 66. John Steinbeck made mention of it in his 1939 novel, The Grapes of Wrath. It was in his great story that the name "Mother Road" emerged. In the late 1950s the United States began building a new set of highways referred to as "interstates". I-40 replaced Route 66. Over the years my photographic work has taken me down a number of different highways - - sterile highways, highways without soul, highways separating us from the true American road trip.

As I ride I will blog each day, share stories and make pictures of the people, places, and things of America. That's the plan.