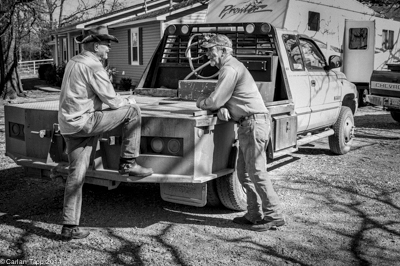 It was a hot day in August of 2010 when I first met Tim Tanksley and Dub Tolbert in Bokoshe, OK. They are both born, raised, and live on family homesteads in the area.  Long time close friends, together they create a powerful force. 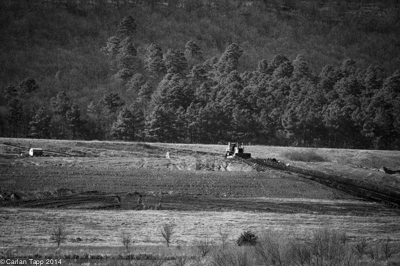 The Making Money Having Fun LLC coal fly ash disposal pit (better know by permit from the state of Oklahoma as a "reclamation site") ajoins Dub's ranch.  The coal ash has polluted his grass and water supply for livestock. 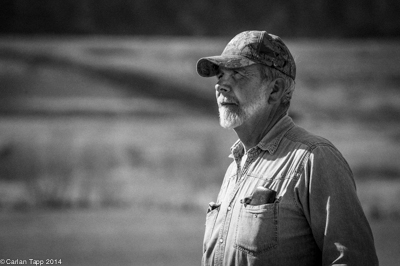 A triple strand barbwire fence is the only barrier between Dub and the coal ash.  He has watched his cattle die. 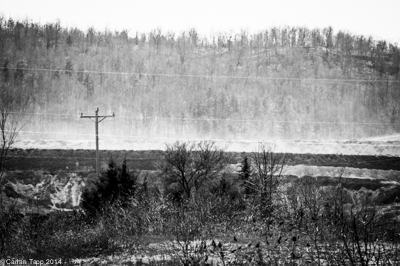 Last week while I was there the winds began to blow. The sky filled with toxic clouds of coal ash.  Dub told me "it starts to blow...we head for the house, close all the windows and doors.  There are times we can't see across the yard.  That's when I get on the phone and call Tim". 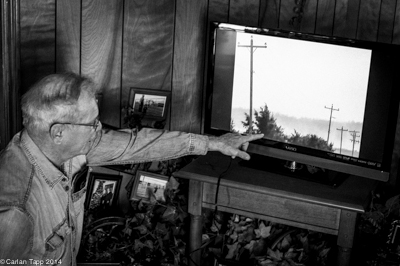 Tim fires up his video camera attempting to document the blowing toxic coal ash.  He will call the Oklahoma Department of Environment to report the issue.  They may or may not respond.

Tim and Dub worked with the community for over three years to bring a lawsuit against the coal ash issues in Bokoshe.  Last month a Federal Judge issued an order stating they did not have a case.

Standing their ground.  That's what Tim and Dub are doing. "We are not giving up.  We will do whatever it takes to right this wrong."