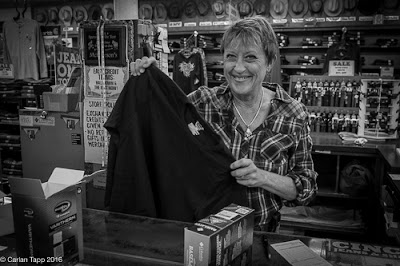 WOW...what a change in the weather.  This morning 34 degrees in Salmon.  Big change from Nogales at over 100.  Back on the road after a weather day.  New snow on the mountains.  More cold weather in the forecast ahead.  Stopped in and met Shelia at the local mercantile before leaving Salmon.  She suggested the expedition long johns.  Bought 'em, put 'em on in the store, rode warm all day.  Thank you Shelia! 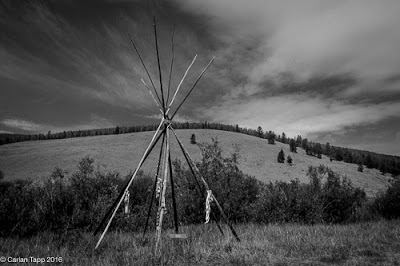 At the Continental Divide a turn east on HWY 43 for 14 miles leads to Big Horn National Battle Field.  In 1873, Chief Joseph negotiated with the Federal Government to ensure his people could stay on their land as stipulated in the 1855 and 1863 land treaties with the U.S. Government.  In a reversal of policy in 1877, General Oliver O. Howard threatened to attack if the Nez Perce did not relocate to an Idaho reservation.  Chief Joseph reluctantly agreed.  As they began their journey to Idaho, Chief Joseph learned three young Nez Perce, enraged at the loss of their homeland, had massacred some white settlers.  Fearing U. S. Army retaliation, Chief Joseph decided the best way to avoid conflict with the U. S. Government was to flee to Canada.
U. S. Army forces performed a predawn attack on the 800 men, women, and children encamped at Big Hole.  It was the most violent battle between the Nez Perce and the U. S. Government.