Internet connection again. Past two days technology stood still. May not be a bad thing. Weather has been good. Smoke filled the evening skies for a couple of days. Clear tonight. 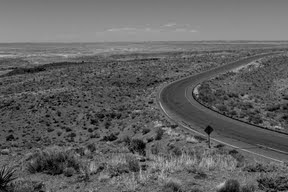 Crossed into AZ. Route 66 enters part of the Painted Desert and Petrified Forest. 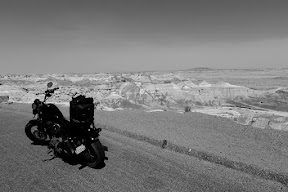 So much of the area I rode through looks like the country around the Four Corners area where all the coal mining is occurring. I thought much of that area could qualify to be a National Park as well. 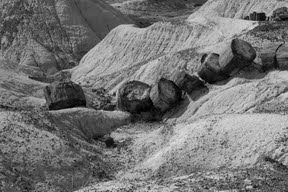 Fascinating to think tropical giant forests once stood in this now desert region. 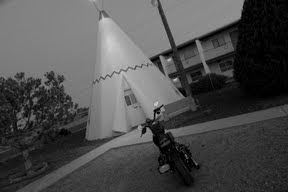 Slept for nine hours in my wigwam at the Wigwan Motel. 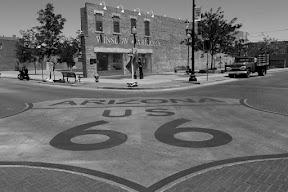 Stopped and stood "on the corner in Winslow". Music was in the air and the mood was light and bright. 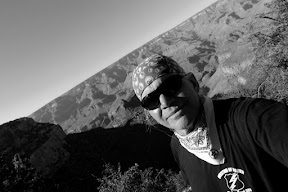 Short detour to visit the Grand Canyon. It is very grand to say the least. Tried to make a picture not like the usual canyon shot. Found a funny looking guy and used him for scale. 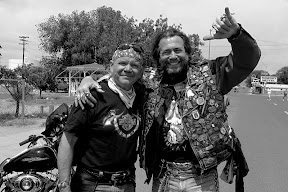 Met Benetton from Brazil in Seligman. He bought a Harley in Chicago. Came to the US to ride the Mother Road from Chicago to Santa Monica. 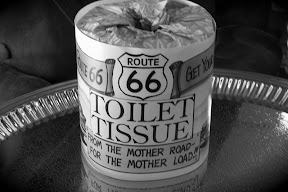 Discovered you can find everything you need on the Mother Road. 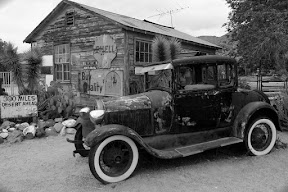 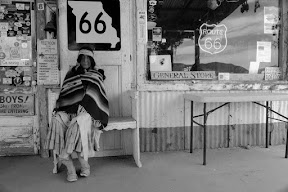 Running the past few days on "Indian Time". Stopping, putting the kickstand down whenever it feels time to put it down. Meeting people who live along the Road and those traveling the Road. Rode with the Hawks today...actually felt like I was soaring with them.