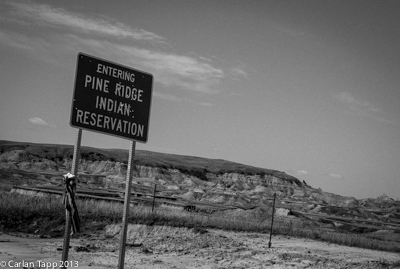 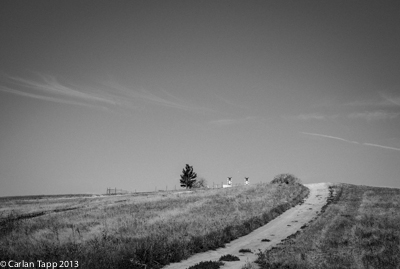 Wounded Knee sits at the top of the rough dirt road.  As I parked by the side of the road I received a friendly wave from several Lakota sitting under a shade house.  Emerson Elk, a Lakota Headsman, extended a welcome hand with a smile. 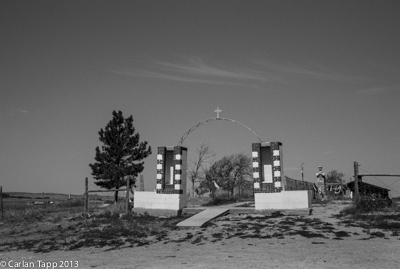 Emerson shared his family history with me.  He's one of 300 Lakota still living who are direct descendents of those massacred at Wounded Knee. He's heritorary chief from the council of the Seven Sacred Fires. Emerson is gravely concerned. Wounded Knee is for sale for 3.9 million dollars. 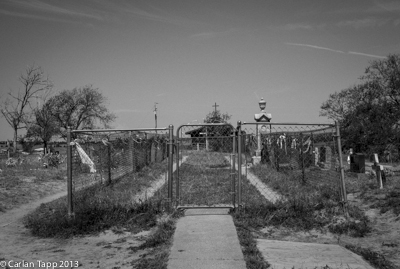 During Roosevelt's term, through the use of the Allotment Act, he removed 40 acres surrounding Wounded  Knee from the Treaty with the Lakota. He presented the parcel of land to the presiding Secretary of Indian Affairs as a gift. It has passed through several hands and is now up for public sale. 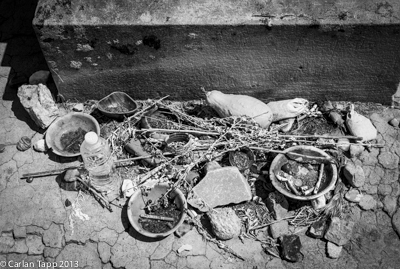 Emerson explained the meaning and importance of this sacred burial site  to the descendents of the nearly 300 men, women, and children who were killed and buried there.  "This site can be sold to a private party.  It can then become a commercial site.  There is nothing in the law to prevent it."  He grasped my hand in both of his and said, "we need to let people know this is happening.  Can you help us tell the story, the true story of what is happening?"  I looked at him and said "yes I will".

be strong, be safe, Carlan
Posted by Carlan at 6:26 PM