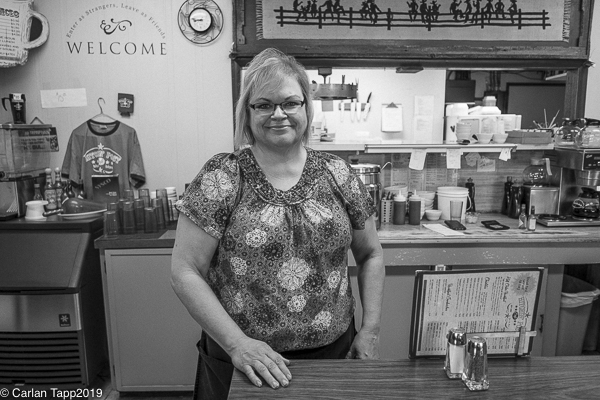 Stopped at the Hitchin' Post Cafe in Malta this morning lookin' for a two calendar breakfast.  Steph welcomed me in, greeted me with a smile, served up a real road trip breakfast, and kept my coffee cup full.  Place just simply put a big smile on my face.  Real Montana small town folks. 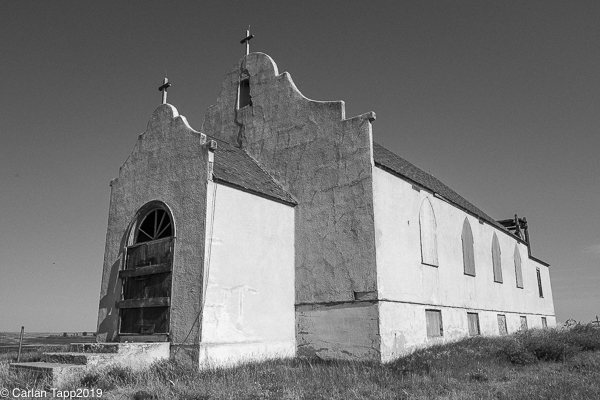 Out on HWY 2 had a light wind from the east gently pushing me down the road.  Sun warming my back, smooth road.  Outside of Harlem,  on the Fort Belknap Indian Reservation made a quick u-turn as an old abandon boarded up pink church caught my eye.  In 1840, a wandering Jesuit priest named Pierre-Jean DeSmet arrived at the Three Forks of the Missouri River and was greeted by bands of Salish, Nez Perce and Shoshoni people. The St. Mary Mission was constructed.  The church was commonly recognized as the first permanent European settlement in Montana.  A 128-year history of The Pink Church at Fort Belknap concluded in 2015. 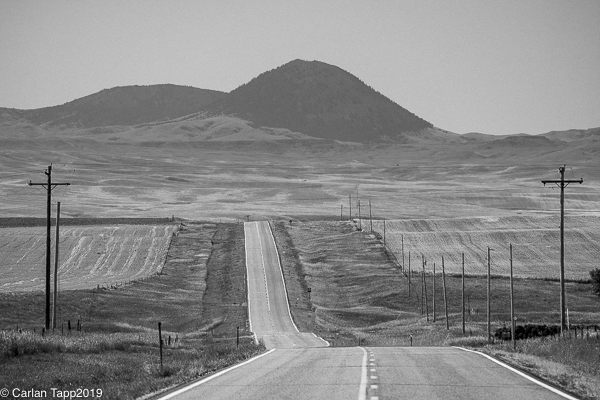 At Chinook detoured south on HWY 240 called the Nez Perce trail for 18 miles.  Headed to Bear Paw Battlefield.  In September of 1877 Chief Joseph of the Nez Perce was striving to lead his people to Canada to escape and keep their freedom.  In a surprise attack at dawn on September 30, 400 US  Army troops laid siege to the Nez Perce camp. 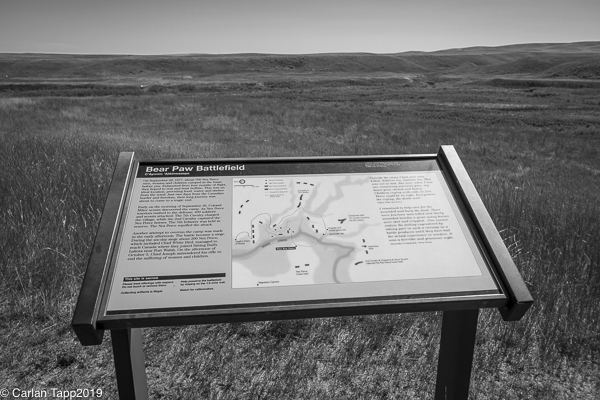 Bear Paw was still and quiet when I arrived.  The area has not changed since that fateful day.  Written on a plaque overlooking the battlefield... "Far from our beautiful homeland, upon this quiet terrain of our Earth Mother, the spirits now forever bear silent witness to our people's painful and tragic encounter with Manifest Destiny.  This is a place of mourning, not just for memorializing a past, but as a place for letting go of what might have been.  Nations consecrate other battlefields in memory of lives lost, so too, may each of us now consecrate this place on behalf of our ancestors' exhausted bid for freedom." 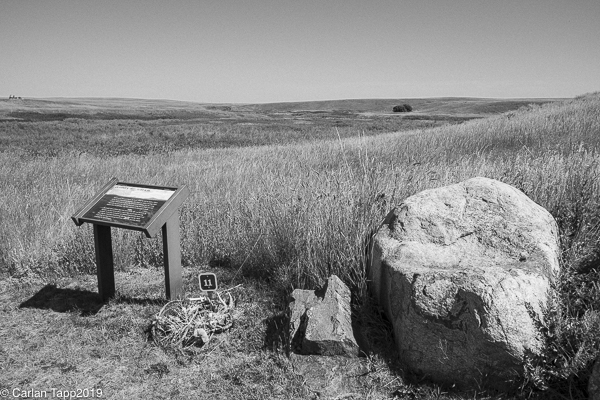 After five days of battle, at 2 PM on October 5 Chief Joseph declared to the Nez Perce Camp his decision to end the fighting is to save his people.  Handing over his rife at this rock he stated briefly and simply.  "Our chiefs are dead, the little children are freezing to death.  My people have no blankets, no food...I want to have time to look for my children and see how many I can find...Hear me, my chiefs, I am tired.  My heart is sick and sad.  From where the sun now stands, I will fight no more, forever."  This date in history effectively marked the end of the Indian Wars of the Plains. 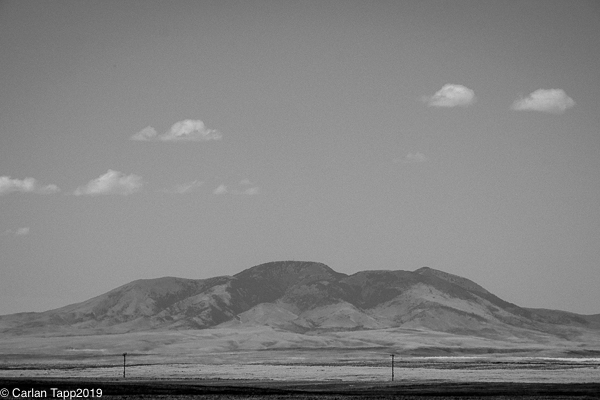 Back on HWY 2 three distinctive buttes on the horizon are called collectively the Sweet Grass Hills. West Butte, the closest and highest, rises 3,000 feet above the plains.  Together these three buttes make this range the most prominent in north central Montana.  Some of Blackfeet’s oldest stories and traditions involve these hills. According to Blackfeet tradition, Old Man made the Sweet Grass Hills with rocks he carried with him after creating the earth. 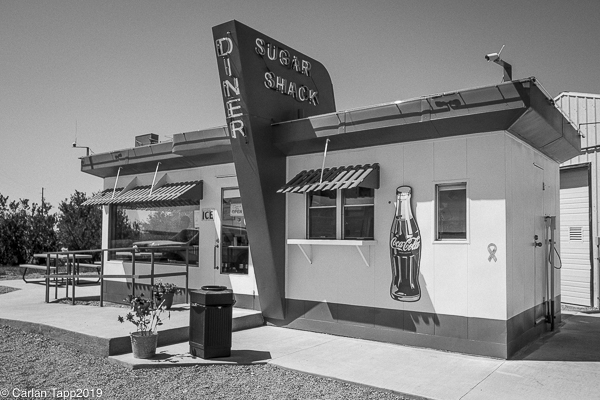 Needed an ice cream.  East of Shelby found a real "hand dipped" double scoop ice cream cone.  The cone was filled all the way to the bottom with cold, creamy smooth, chocolate ice cream.  Making sure to put the "Sugar Shack Diner" on my list of places to return to.

be strong, be safe, Carlan
Posted by Carlan at 8:06 PM